Literature / The House on the Borderland 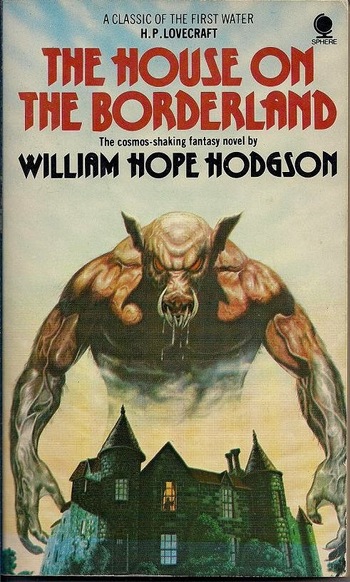 A fantasy/horror novel by William Hope Hodgson, who also created Carnacki the Ghost-Finder and The Night Land. It was first published in 1908. H. P. Lovecraft said "but for a few touches of commonplace sentimentality [it] would be a classic of the first water."

Some friends visiting Ireland find the curious ruins of an old house, and an old diary of the man who was presumably the last inhabitant of it. The majority of the story is the contents of the diary.

. It comes in several formats, including HTML, EPUB, Kindle, and TXT.

Was adapted in The Aughts as a one-volume Graphic Novel by Vertigo Comics, with Richard Corben on drawing duties.