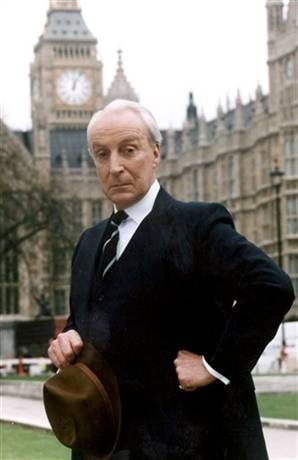 House of Cards is a British TV show and book about Conservative Party chief whip Francis Urquhart (played by Ian Richardson), a Machiavellian schemer who aims to become prime minister by any means necessary. Based in part on Macbeth and in part on Richard III, this BBC series became very popular during the first series when, as Urquhart conspired to become prime minister after Margaret Thatcher resigns, she actually did a mere ten days after the first episode aired.

Three series were made:

In 2013, Netflix released an American-set original series based on the novel. The UK series airs on some PBS stations in the United States, and is also available on Netflix US alongside its US remake and in the UK it is a available on Brit Box.