Series / The House of Eliott 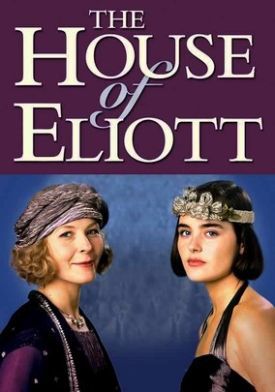 A period drama about two women running their own fashion house in 1920s England, created by the Upstairs Downstairs team of Jean Marsh and Eileen Atkins that ran for three seasons from 1991-1994.

The middle-class Eliott sisters, 30 year old Beatrice (Stella Gonet) and 18 year old Evangeline (Louise Lombard) have been kept virtual prisoners by their father all their lives until he dies and leaves them penniless, but a chance encounter leads to new friends and a proper job for Beatrice. Before long, the sisters find work in the fashion industry and with a little financial help from their friends, decide to use their talent for dressmaking to start their own business.