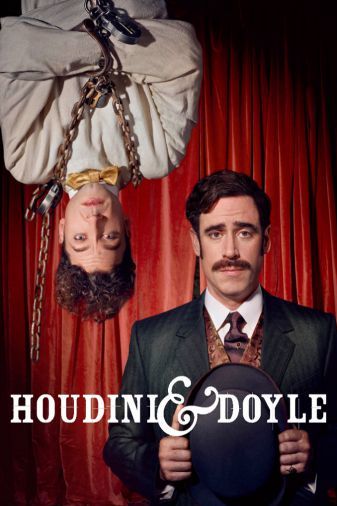 Harry Houdini, a skeptical Stage Magician and Escape Artist, and Arthur Conan Doyle, a medical doctor/writer and devout spiritualist, come together to solve crimes and determine whether they are done by natural means or the supernatural.
Advertisement:

Houdini & Doyle is a show loosely based on the Real Life strained odd friendship between the two famous historical people. Not to be confused with the 2014 miniseries on Houdini, which also features Doyle. The series was canceled after one season.