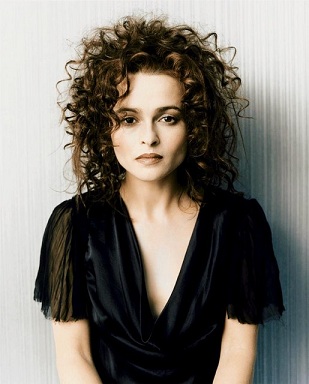 "Helena Bonham Carter is incapable of uttering a single word without charm, unless she has to for a role."
— Roger Ebert, February 27, 2011 twitter

Helena Bonham Carter, CBE (born May 26, 1966 in Islington, London) is an acclaimed and versatile English actress who, for the past decade, has been better known as Tim Burton's former girlfriend/leading lady in everything. They met while he was directing The Remake of Planet of the Apes in 2001, eventually marrying and having two children together until December 2014, when they announced their intentions to separate. Before that, she was briefly Kenneth Branagh's girlfriend/leading lady; although they only made one film during the relationship (not counting Mary Shelley's Frankenstein, which was made before they got together).

She is the great-granddaughter of former British Prime Minister Herbert Henry Asquith.