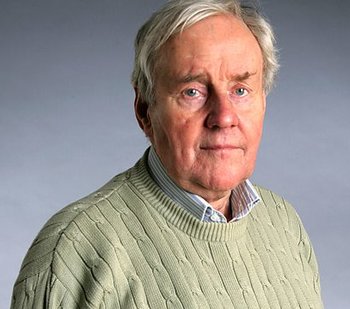 "I knew absolutely nothing about acting, and had to be taught everything. Some people are born naturals and know how to walk, talk and hold themselves. I didn't and had to learn everything."
Advertisement:

Richard David Briers CBE (14 January 1934 – 17 February 2013) was a much loved British actor, most famous for his role as Tom Good in The Good Life. Briers had a long and prolific television and stage career and occasionally appeared in high profile Hollywood films such as the 1994 film version of Mary Shelley's Frankenstein. Equally at home in sitcoms and Shakespearean roles, he was a favorite of Sir Kenneth Branagh, not only was he a member of Branagh's Renaissance Theatre Company, but he played some role in nearly all of Branagh's film beginning with Henry V up until As You Like It.

Works featuring Richard Briers with pages on this wiki include: