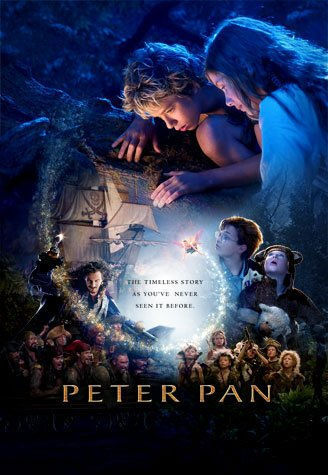 "I do believe in fairies! I do! I do!"
Advertisement:

It's a familiar story: Peter Pan takes the Darling children back to Neverland to join the Lost Boys and to make Wendy their mother. The idea of Peter Pan's immortality and unending youth are explored, along with much darker and heavier themes than the animated Disney version you remember from when you were a kid, with more violence, death and heavy themes including Pan's eternal immaturity, Wendy's emerging sexuality, and the implications of childlike innocence and moral ambiguity with a sword.

Peter Pan and Captain James Hook engage in a duel to the death.

Example of:
Duel to the Death

Peter Pan and Captain James Hook engage in a duel to the death.