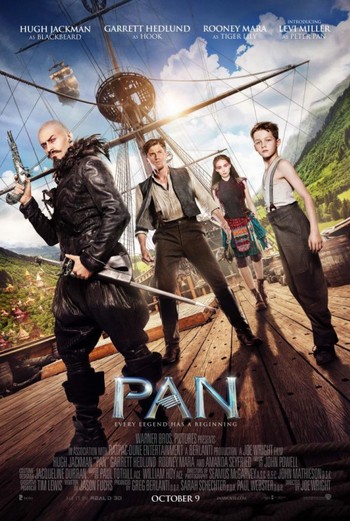 Blackbeard: Have you come to kill me, Peter?
Peter: I don't believe in bedtime stories.
Advertisement:

Serving as an alternative origin story for the iconic hero, this 2015 film directed by Joe Wright tells the story of Hook and Peter's first meeting. Replacing Hook as the antagonist is Captain Blackbeard himself, portrayed by Hugh Jackman. The film co-stars Levi Miller as Peter, Rooney Mara, Garrett Hedlund and Amanda Seyfried.

The teaser trailer can be found here.

The first trailer is here.