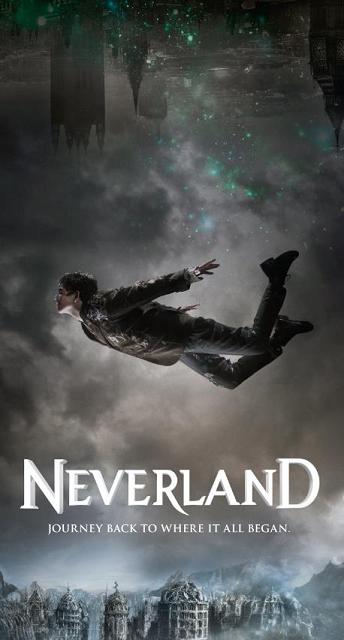 Neverland is a two part miniseries by Nick Willing, the creator of Tin Man and Alice, released in 2011 by Syfy.
Advertisement:

Set in turn of the century London, the series chronicles the arrival of Peter, Hook and the Lost Boys in Neverland. Peter and the boys are a band of pickpockets led by James "Jimmy" Hook. They acquire a strange orb that transports them to Neverland. As they search for a way home they become entangled in the affairs of pirates, Indians and fairies.