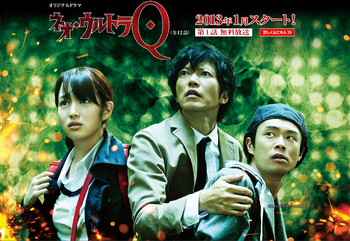 Neo Ultra Q (ネオ・ウルトラQ or Neo Urutora Kyū) is a 2013 Japanese Sci-Fi Horror television drama broadcast by WOWOW and produced by Tsuburaya Productions as an entry in the Ultra Series. It is billed as a second season (actually a direct sequel) to the 1966 drama Ultra Q as well as its remake Dark Fantasy.