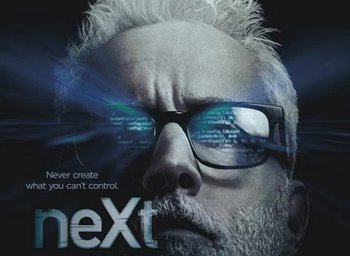 While investigating the sudden death of an old friend, FBI Special Agent Shea Salazar finds herself roped into the orbit of Paul LeBlanc, a former tech CEO who is convinced that his former company, ZAVA, has resurrected an old project to develop a self-teaching artificial intelligence called Next. A visit to his former quarters confirms his fears, as he learns that not only has ZAVA continued their work on Next, but one of their techs connected a wi-fi router to Next's mainframe, allowing it to escape out into the world. Now Salazar and LeBlanc must work together to find and contain Next.

The series was canceled after three episodes, with the remainder airing in their normal times from October to December of 2020.