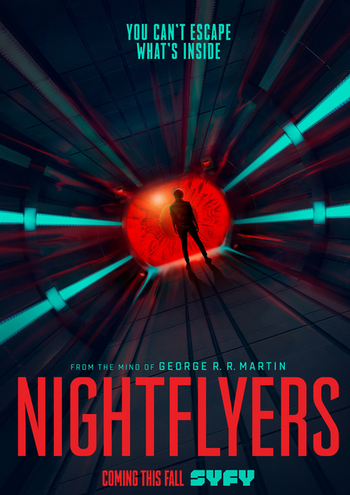 Nightflyers is a miniseries airing on Syfy, adapted from the novella of the same name by George R. R. Martin.
Advertisement:

In the late 21st century, Earth is on its last legs, its resources almost completely depleted. In a last-ditch effort to save mankind, the Nightflyer embarks on a mission to make contact with the Volcryn, a mysterious race with access to advanced technology.

Should not be confused with The Night Flier, a 1997 horror film adapted from a Stephen King short story. Or with Fly by Night Series, a children book series by Frances Hardinge.