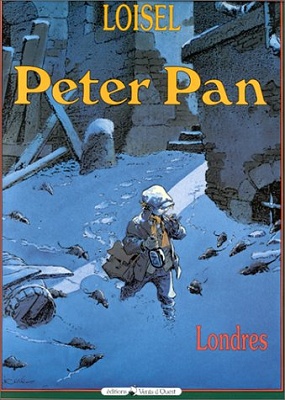 Cover of the first book in the series
Advertisement:

Started in 1990 and completed in 2004, with the English translation coming out in 2013, this Darker and Edgier adaptation of Sir James Matthew Barrie's work by Régis Loisel acts as a prequel of sorts, explaining how the boy known as Peter Pan came to be.

The series contains 6 books; written, drawn, and coloured by Loisel: