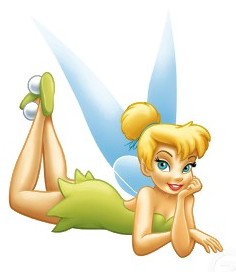 No, you can't tinker her bells; you're way too big for that anyway.
"You're a...you're a complex Freudian hallucination having something to do with my mother and I don't know why you have wings, but you have very lovely legs and you're a very nice tiny person and what am I saying..."
— Peter, Hook
Advertisement:

Fairies and related beings are often portrayed as highly attractive women, regardless of whether they're tiny pixies or human-sized. They don't generally wear too many clothes, sometimes just leaves or flower petals, and sometimes nothing at all.

This is also a common trait given to nymphs going back to Classical Mythology, where just about every nymph was a Ms. Fanservice (which is why highly promiscuous people are called nymphomaniacs).

Subtrope of Our Fairies Are Different and Cute Monster Girl. Compare Hot God. Can overlap with The Fair Folk if the writer is trying to invoke Evil Is Sexy.