The book and play

Then, once they realise Wendy is alive, Peter tells Slightly, one of the other boys, to ‘fetch a doctor’, meaning make believe to be one. Slightly struggles with this, because when the boys fail to make believe, Peter hits their knuckles. It’s not helped by the next line, where we’re told that
Advertisement:
Slightly has chapped knuckles.
Advertisement: 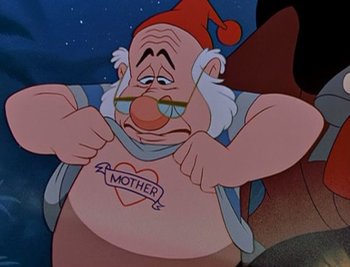 Even pirates love their mamas...