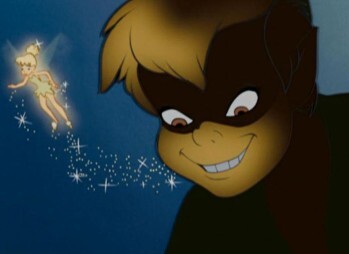 As fantastical as the Peter Pan films are, they demonstrate a lot of cases of worries in which children are whisked away to a land of dangerous creatures and killers by a magical immortal boy with barely any conscience and a self-centered focus on having fun. Even at the cost of the lives of others.