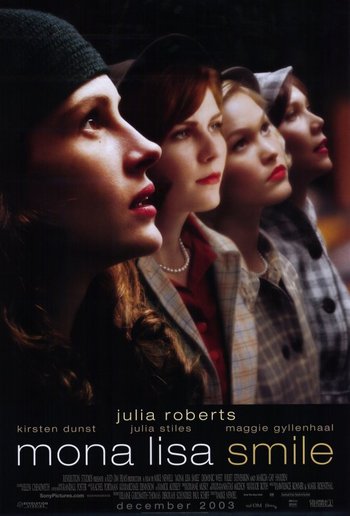 In 1953, a 30-something grad student from UCLA named Katherine Watson (Roberts) accepts a teaching position at a liberal arts college for women in Massachusetts. Katherine's teaching style is unorthodox, as is her ardent feminism, and while she is welcomed by some of her students and colleagues, she also ruffles a lot of feathers — particularly those of the college president and the head of the alumnae association.

The film reads a lot like a gender-flipped Dead Poets Society.