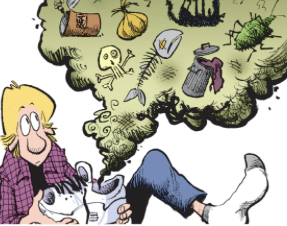 Marguerite, go wash your feet
The Board of Health is across the street.
— Nursery Rhyme
Advertisement: