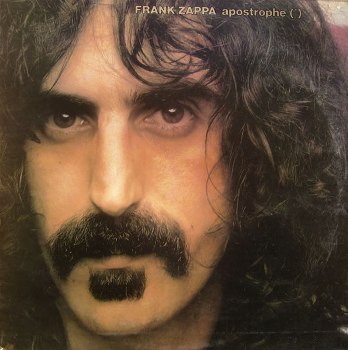 Apostrophe (') is a 1974 album by Frank Zappa, often considered to be a Spiritual Successor to Over-Nite Sensation (1973). It has a similar heavy rock sound that helped it become a considerable bestseller among rock fans. In the USA it was his biggest commercial success.

Together with Over-Nite Sensation it was subject of an episode of the TV music documentary series Classic Albums.

Watch out where the tropies go!