Music / The Best Band You Never Heard in Your Life 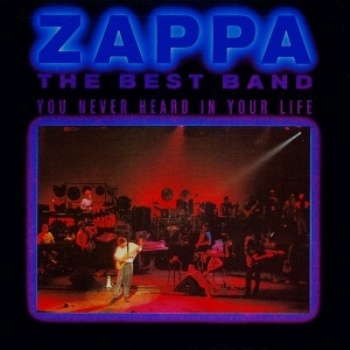 Exactly What It Says on the Tin.
Advertisement:

The Best Band You Never Heard in Your Life is a 1991 double Live Album by Frank Zappa which, much like Broadway the Hard Way (1988) and the later Make a Jazz Noise Here (1991) is a compilation of recordings from Zappa's 1988 tour, the last one he did before his death in 1993. As the title implies, to him it was the most professional band he ever had. Many tracks are older songs by Zappa and covers, all in very intriguing and different arrangements.

"Boléro" had to be removed from European copies as there were complaints from Maurice Ravel's extant copyright holders. Later reissues have reinstated the performance.

The Best Tropes You Never Read in Your Life