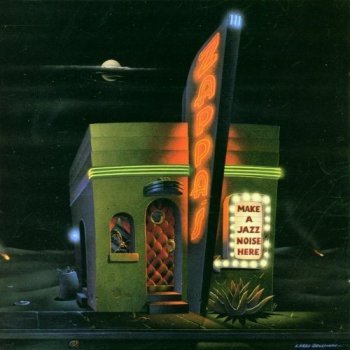 Make A Jazz Noise Here is a 1991 double Live Album by Frank Zappa. Existing as something of a companion piece to 1988's Broadway the Hard Way and 1991's The Best Band You Never Heard in Your Life, the album is similarly compiled from recordings taken from Zappa's 1988 world tour— his last before his death of pancreatic cancer in 1993.

Unlike its predecessors, this record consists primarily of instrumental recordings with prominent brass backings. The album is also notable for featuring many Synclavier performances from the tour, incorporated on-stage after constant infighting among supporting musicians caused Zappa to abruptly fire the majority of them.

The cover was painted by Larry Grossman.