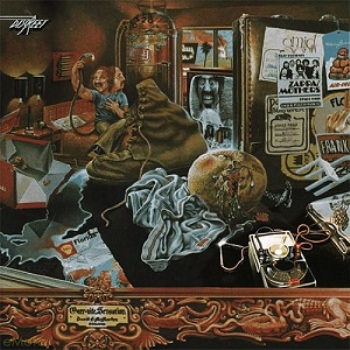 Over-Nite Sensation is a 1973 album by Frank Zappa which is widely considered to be one of his best, as well as a commercial best-seller. It's well known for the Zappa fan favorites "Camarillo Brillo", "Dirty Love", "I'm The Slime", "Dinah-Moe Humm" and "Montana". Often named a companion piece to Apostrophe (') (1974) for its similar heavy rock sound it won Zappa legions of new rock fans.

Together with Apostrophe (') it was subject of an episode of the TV music documentary series Classic Albums.