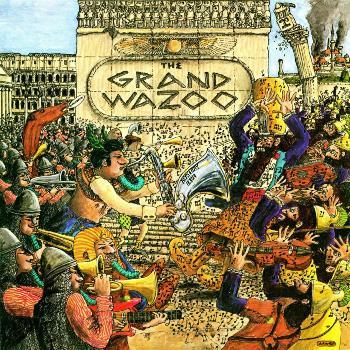 The Grand Wazoo is a 1972 album by Frank Zappa and the final part in what, along with Hot Rats (1969) and Waka/Jawaka (1972), could be called his Jazz Fusion trilogy. The record is best remembered for the fan favorites "The Grand Wazoo", "Cletus Awreetus-Awrightus", "Eat That Question" and "Blessed Relief".

The 1995 CD release re-arranged the titles by putting "The Grand Wazoo" as the first track and "For Calvin" as the second.

For Calvin And His Next Two Tropers