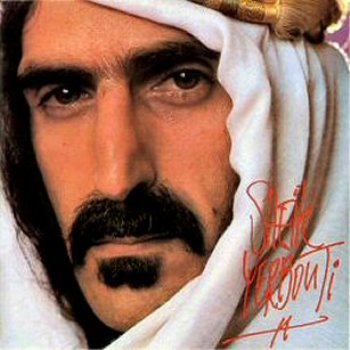 Sheik Yerbouti is a 1979 music album by Frank Zappa. A mostly live album with studio embellishments and heralding a visibly increased comedic emphasis, it was the first album released after winning the rights to all his songs in a court case against his former label Warner Brothers. It remains the best-selling album in his catalogue, especially in Europe, where "Bobby Brown" (no relation to the musician) even became a Number One hit in Norway. Other fan favorites are "I Have Been In You", "Broken Hearts Are For Assholes", "I'm So Cute", "Baby Snakes", "City Of Tiny Lites", "Dancin' Fool", "Jewish Princess" and "Yo' Mama".

CD reissues are on a single disc

Whatever happened to all the tropes in the world?