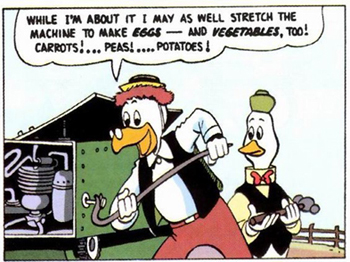 "I can fix it!"
— Fix-It Felix Jr., Wreck-It Ralph
Advertisement:

Roger can fix just about anything. ...And get injured for it.

Roger can fix just about anything. ...And get injured for it.