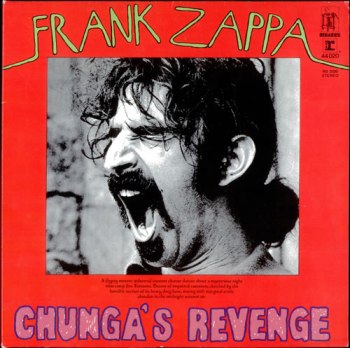 Chunga's Revenge is a 1970 album by Frank Zappa. It was his first album with a new line-up after he disbanded the original Mothers of Invention in 1969. From this album on and the three that followed (Fillmore East, June 1971 (1971), 200 Motels (1971), Just Another Band From LA (1972)) Zappa would work together with two former lead singers from The Turtles, while most of the music would be In the Style of... comedy sketches, satirizing life on the road with rock bands.

Would You Trope All The Way?