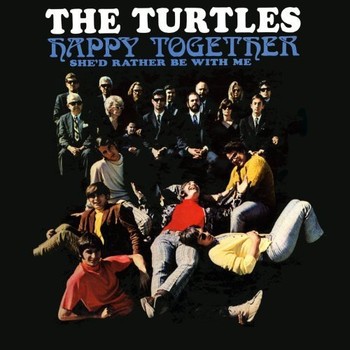 "Me and you and you and me
No matter how they tossed the dice, it had to be
The only one for me is you, and you for me
So happy together"
Advertisement:

The Turtles are a folk-rock band from Los Angeles that formed in 1963 as a surf-rock band called The Crossfires, switched to their familiar sound and name in 1965, and originally ran through 1970. They were headed by Howard Kaylan and Mark Volman (later known as Flo & Eddie) and are best known for their hit songs including "Happy Together", "She'd Rather Be With Me", "You Showed Me", "Elenore", and a Cover of Bob Dylan's "It Ain't Me Babe".

The Turtles are the Trope Namer for:

"When you're with me baby the tropes will be blue for all my life":