Music / One Size Fits All 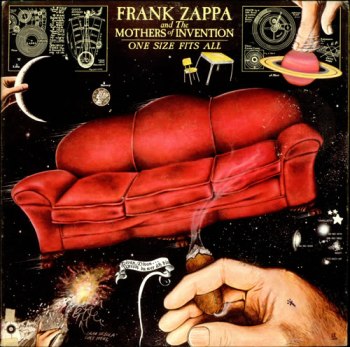 One Size Fits All is a 1975 album by Frank Zappa and the final studio album by the Mothers of Invention. It has never been popular with the general audience, but is a fan favorite among Zappa aficionados, highly regarded as one of his best. The album is best remembered for tracks such as "Inca Roads", "Sofa" and "San Ber'dino".