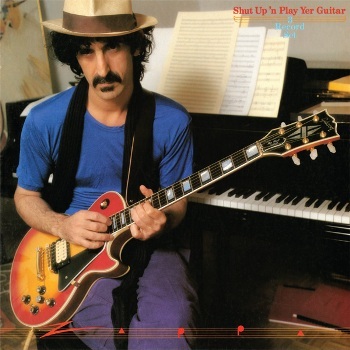 Shut Up 'n Play Yer Guitar is a 1981 Distinct Triple Album by Frank Zappa, notable for the fact that it only contains guitar solos, often the highlights of his concerts.

Return of the Son of Shut Up 'n Play Yer Guitar

CD releases are across two discs; disc one contains the first three sides, while disc two contains the last three.

Bozzio: God, that was really beautiful . . .