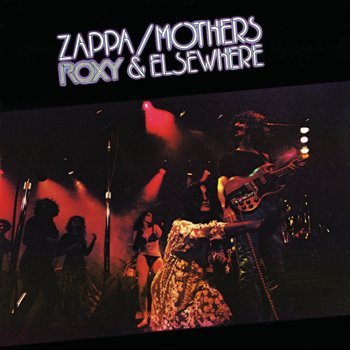 What can I do that will amaze everyone?
Advertisement:

Roxy & Elsewhere is a 1974 Live Album by Frank Zappa, well regarded as one of his most amazing records. Much of the material was recorded at Edinboro Stage College, Pennsylvania, Auditorium Theater, Chicago, Illinois and the Roxy in Hollywood, California. Fan favorites include "Penguin In Bondage", "Pygmy Twylyte", "Cheepnis", "Be-Bop Tango" and a magnificent rendition of "Oh No", "The Orange County Lumber Truck" and "Trouble Every Day".

CD reissues are on one disc.