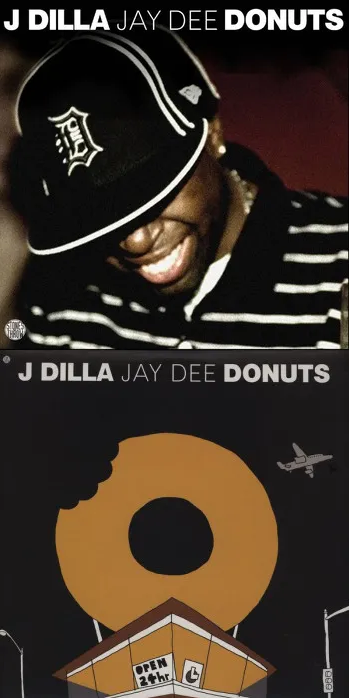 Albums donut have to stick to one cover.
To release an album; musicians, promoters, executives, and such all have to come up with a cover for it. The artwork is meant to showcase part of the personality of the album and has to visually represent the music included within, at least most of the time. Book covers and movie posters often have multiple versions but album artwork tends to be consistent through every release and rerelease of an album for consistency between reissues.
Advertisement:

However, while certain albums covers have become iconic, covers can differ between various markets and formats. Many times, the artwork change is a form of Bowdlerization due to the artwork featuring Gorn or lewd imagery. This may involve de-sexying Sexy Packaging, using a Censor Box, or using a different photograph. The reasons for this change are often due to the Moral Guardians being against the imagery on the packaging. Other times, the changes are done to compensate for the different sizes of LP, CD, and cassette packaging. International releases often have different covers, either to tone down a racy image for a more conservative country, or the label just believes this design is more marketable there.

This trope is not meant to cover a redesign of a special edition.