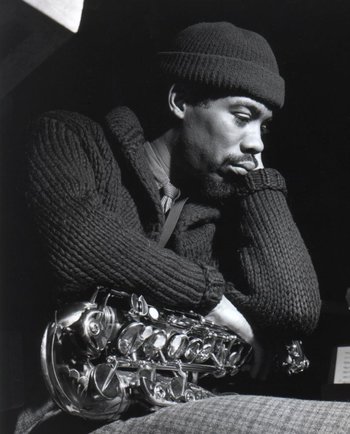 Eric Allan Dolphy, Jr. (June 20, 1928 – June 29, 1964) was an innovative American Jazz alto saxophonist, flautist, clarinetist, bass clarinetist and piccolo player. He began performing from the 1940s on and played for Chico Hamilton, Charles Mingus and John Coltrane before going solo in 1960. His solo career only lasted four years and five albums before he died in 1964 of a diabetic-related death, but his influence on the free jazz movement is immeasurable. After his death, he rose into legend, albeit as a cult musician.