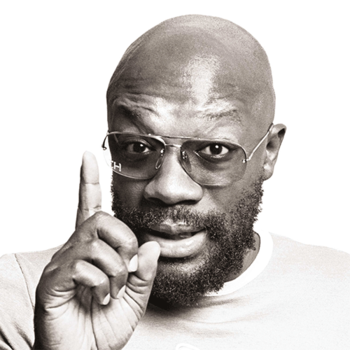 Having played music since childhood, he got his start in the industry with Stax Records as a musician and producer, working with famous names like Otis Redding. His first album was released in 1968 to little interest, but his second, Hot Buttered Soul, found major success, establishing Hayes' distinctive sound and dress style.

In 1971, he worked on the soundtrack for Shaft, in which he also cameoed, which earned him the first Academy Award to a black musician for "Best Original Song." Taking a hiatus from music through the 1980s, he also began working as an actor, making appearances on a number of television shows (most notably, as Chef from South Park, from 1997-2006) and feature productions. He would return to making music in 1995.

Hes talking about a chocolate snack, you sicko

Hes talking about a chocolate snack, you sicko