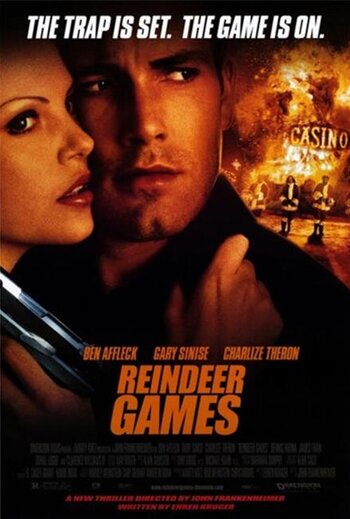 Rudy Duncan (Ben Affleck) is a former car thief who gets released from prison after six years so he can come home to his family during the Christmas season. His cellmate and friend, Nick Cassidy (James Frain), is also getting out and while spending time with Rudy, he brags to him about the female pen pal he writes to, Ashley Mercer (Charlize Theron). One day, Nick gets stabbed to death during a prison riot and once Rudy was released, he assumes Nick's identity and meets Ashley for the first time. While their relationship heats up, Ashley's criminal brother Gabriel (Gary Sinise) and his group of thugs unknowingly drag Rudy down by bringing them to a casino where Nick used to work so they can steal some money. Things, however, are not what they appear to be.