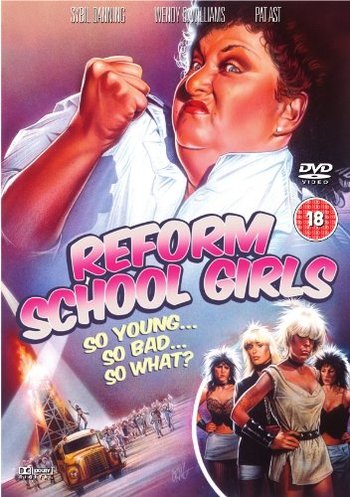 Reform School Girls is a 1986 American film, written and directed by Tom DeSimone. It stars Linda Carol, Wendy O. Williams, Pat Ast, Sybil Danning and Sherri Stoner, and depicts the story of Jenny (Carol), a young girl who is sent to a reform school for girls that is operated by a sadistic and evil warden, Sutter (Danning), and her henchwoman Edna (Ast). She also has to deal with the local bully Charlie (Williams).