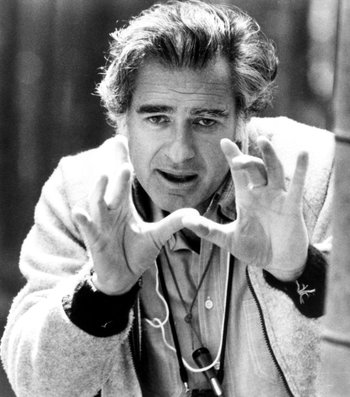 "Casting is 65 percent of directing."
Advertisement:

A native of New York City, he started out wanting to be an actor but then changed his mind while working with the Motion Picture Squadron of the U.S. Air Force. After being discharged, he started out directing live-action films during the "Golden Age of Television" (like Sidney Lumet), before directing his first theatrical film in 1957, The Young Stranger.

Though he tackled a variety of film genres (except romantic comedy), he was best known for his action films and thrillers, at least for his theatrical films, and was known for his use of unusual camera angles and his work with Depth of Field and Rack Focus shots. When his work in Hollywood dried up in the 80's and 90's, he went back to television, and won several Emmy Awards for the miniseries or movies he directed.

Films directed by John Frankenheimer include: