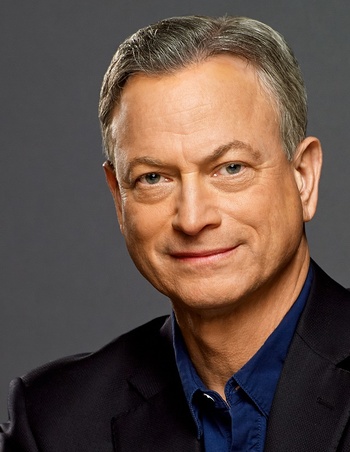 "Before discovering theater, I was sloughing off and didn't have any passion for school. Then I couldn't get enough. All of a sudden, I was getting good parts in all of these plays. I just loved it. I started getting A's in acting, directing and technical theater. I found something that clicked."
Advertisement:

He is known for his supporting roles in works that span the entire spectrum of drama, thriller, and science fiction, for which he has earned a small mountain of awards. His most iconic roles are as Lt. Dan Taylor in Forrest Gump, astronaut Ken Mattingly in Apollo 13 and Detective Mac Taylor in CSI: NY.