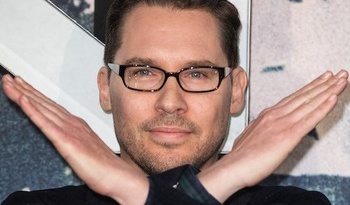 Bryan Jay Singer (born September 17, 1965) is an American filmmaker whose body of work has been split between low-budget psychological thrillers and high-budget superhero movies.

He is an avid fan of the moviegoing experience, and is especially fond of science fiction and Star Trek in particular, and with every film has tried to aim for a different genre; alienation is a recurring theme across many of his films. He has admitted on many occasions that he looks to his favourite films of the past, especially those by Stanley Kubrick, for inspiration and then adds his own style to it. He is the head of Bad Hat Harry productions, named from a line in his favorite movie Jaws.

His first major break was directing The Usual Suspects, which made him a very popular independent filmmaker. After his second film, Apt Pupil, he was offered the job that would make him go mainstream, directing X-Men. The film's success started a new trend of hiring low-key filmmakers to helm big budget blockbusters. His attention to the characters and goals of making their world plausible became the source of the second age of superhero movies, which is still ongoing.

After the second X-Men film, X2: X-Men United, Singer jumped at the chance to direct the next Superman film, which resulted in the third X-Men film being made without him. While it made money, Superman Returns did not have the box office ratio the studio was hoping for and Superman has since been rebooted. He returned to the X-Men universe with X-Men: Days of Future Past and its follow-up, X-Men: Apocalypse.

In December of 2017, he was fired during production of Bohemian Rhapsody over erratic and confrontational behavior, preceding long standing allegations of rape and child sex abuse being brought back to the forefront, which were reported in detail in an investigative article in 2019. Singer would subsequently withdraw from the public eye, with only a Red Sonja film being in the works from him as his career would suffer from the fallout, only for it be put on hold with Singer later removed from the project, more or less setting his reputation and career ablaze.