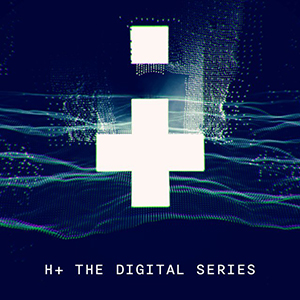 H Plus (stylized H+) is a Web Video Series produced by Bryan Singer, and created by John Cabrera and Cosimo De Tommaso.

One third of the world's population is implanted with a nanocomputer which connects users to the internet 24/7. When a virus infects the network, the world ends. Using Anachronic Order and many different points of view, the web series follows both the events after the world ends, and the seven years leading up to it.