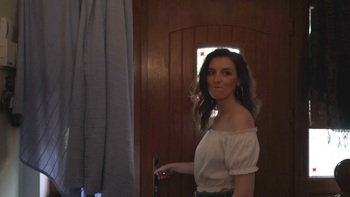 "What about Miss Lucy?"
"Have they seen where we go to college? Everyone here's racist! My florist is racist! I don't have a florist but if I did, she would be racist."
Advertisement:

The Gumdrops is a 2019 Irish comedy webseries, produced by No WiFi.

It is a Slice of Life revolving around a quartet of college roommates who get up to all sorts of mischief. Characters include:

Other characters include Laura's boyfriend Robbie - who likes to think he's the Only Sane Man (he isn't), Lindsay's boyfriend Pete (who actually is) and their long-suffering landlady Nora.

The episodes can be seen here

"Miss Lucy would approve of these tropes"