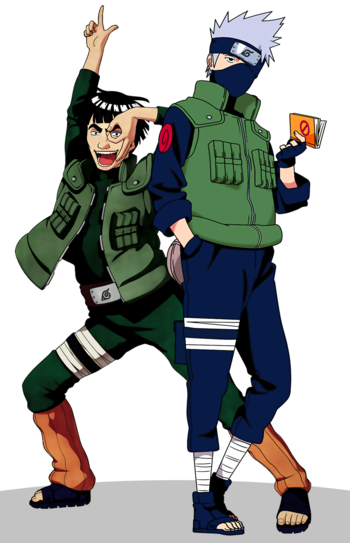 The hammiest and most exuberant shinobi ever and his Eternal Rival, the laziest and snarkiest shinobi in existence.
Advertisement:

A pair of characters, either lifelong partners or just met up, in which one is a ham of decent size and the other speaks in a deadpan tone. The juxtaposition of the two, along with each of them on their own, is a common source of comedy for the audience.

Can overlap with a few Duo Tropes: