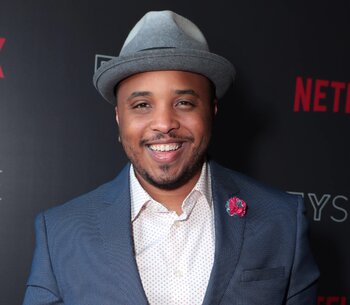 Justin Simien (born May 7, 1983) is an American director, producer, screenwriter and actor. Simien is best known for directing, producing, and writing the film Dear White People, as well as being creator/showrunner of the television series the show is based on.

Simien publicly came out as gay in 2014.