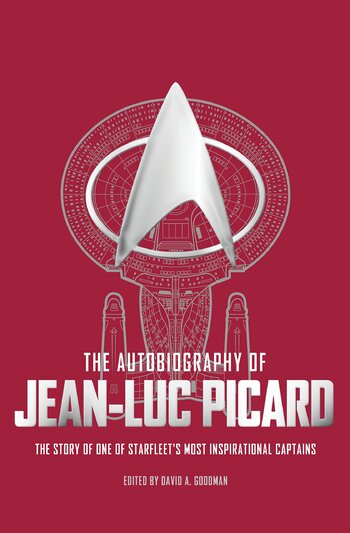 Engage.
There can be no justice so long as laws are absolute. Even life itself is an exercise in exceptions.
Jean-Luc Picard, 2364
Advertisement:

The Autobiography of Jean-Luc Picard, part of the Star Trek Autobiographies, chronicles the life of the Starfleet officer-turned-ambassador (b. 2305) in his own words. His childhood in La Barre and his career in Starfleet (including his command of the Stargazer and two starships Enterprise, his encounters with Q, and his assimilation by the Borg) are laid bare for all to read.

This autobiography provides the following tropes: