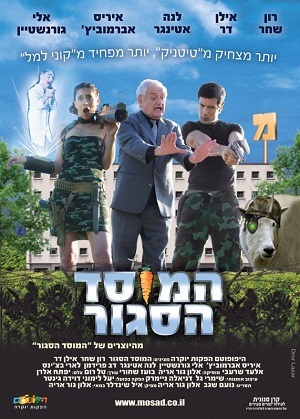 The American ambassador is kidnapped by terrorists from Sujirya. Rami Haruvi, an experienced Mossad agent, is sent along with young agent Michal Bodanyuk to get him back. If Rami and Michal will fail in their mission, the Mossad's staff's annual vacation in "Olga Al Ha'Hof"(Olga On The Beach), a resort for the National security organizations , will be cancelled.

The film shows examples of these Tropes: