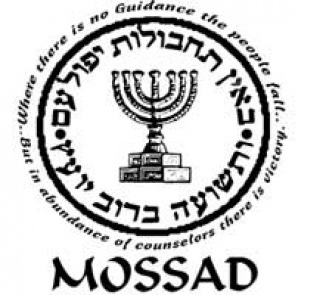 The Mossad, which translates to "the Institute" (short for "The institute for intelligence and special operations"), is the best-known Israeli intelligence agency. It is descended from the intelligence arm of the Haganah, the militia of the Jewish community (the Yishuv) and its loose quasi-state (led by the Jewish Agency for Palestine) that existed during the last days of the British Mandate of Palestine before official independence. During World War II it acted as an ally of British Intelligence as well as performing operations of its own, such as spying on Arabs, refugee smuggling and the occasional "removal" of notorious Nazis. During the Arab–Israeli Conflict Mossad helped provide Israel's security, but engaged in some controversial acts, including assassinations. While these were targeted against enemies, at least one of the victims was an innocent waiter - which shows you the inherent limitations of being a Vigilante Man.

Mossad has conducted some of the most well known espionage operations in the second half of the twentieth century. One of the most famous was the hunting down and abduction of Adolf Eichmann, one of the most wanted of Nazi war criminals. Like any good spy agency, Mossad's reputation is perhaps greater than its actual prowess, and this leads us to its failures of which there are many. Generally, it is considered very capable in covert operations, but not especially good when it comes to intelligence analysis. Among others, it missed the 1973 war, despite not really needing to predict it, since the Egyptians had stated they wanted to go to war, and King Hussein of Jordan told Israel of the impending war, his source being the fact that the Egyptians had asked him to join. It's consistently misread the strength of Hezbollah in Lebanon and the Arab Spring. Indeed, many of its successes have come in the realm of capers and failure in the field of reading and assessing trends. This is probably because of its origin as a militant group. The KGB notably had a similar problem, for the same reason.

Appearances of the Mossad in fiction: