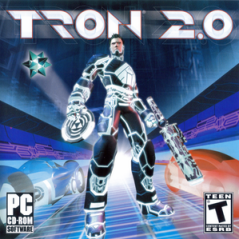 What you get when you mix TRON with Half-Life.
Advertisement: