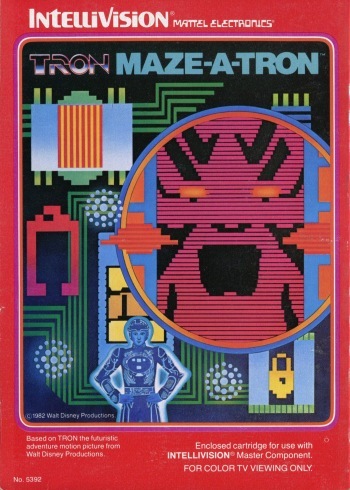 TRON Maze-A-Tron is an Intellivision game published by Mattel Electronics, which is based on Walt Disney's 1982 movie TRON.
Advertisement:

In the game, you play as Flynn, who is trapped inside the computer system of the Master Control Program. In the first part of the game, the player must guide him to the Memory Chips and blank out each one by setting the numbers to zero. In the second part, the player must match pairs of numbers that are scrolling up the screen while avoiding eye beam blasts from the MCP.