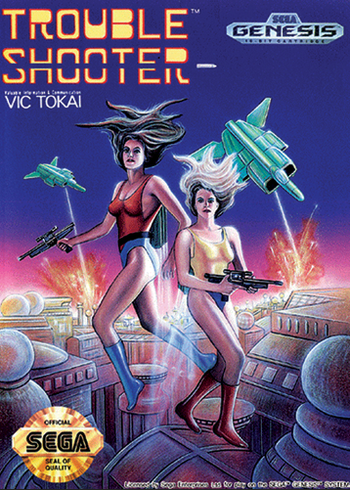 Trouble Shooter/Battle Mania is a 1991 (and 1993 for the Japan only sequel) Shoot 'Em Up on the Sega Genesis created by Vic Tokai.
Advertisement:

It features a duo of two gun toting females named Madison and Crystal, as they rescue a prince who has been taken hostage.

Tropes related in the game: