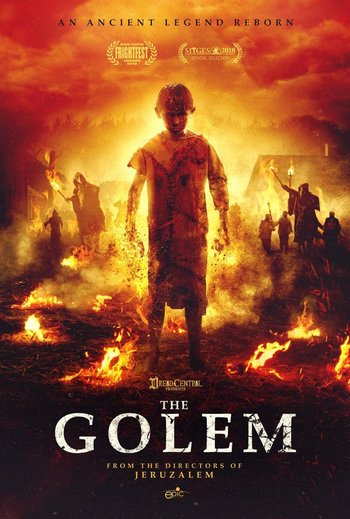 Hanna is the wife of the rabbi's son in 17th century Lithuania. To protect the villagers from invaders threatening to ravage them during an outbreak of a deadly plague, she performs an ancient ritual to summon a powerful but dangerous creature. The village soon realizes, however, that what she has created becomes an even bigger threat to their community.

Not to be confused with the 1920 movie of the same name.

The Golem provides examples of: