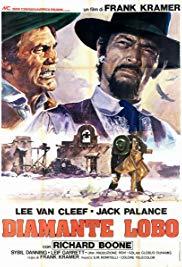 One day, outlaw Sam Clayton and his gang attack a small Western town and kill a man. The local preacher, Father John, manages to capture one, but Clayton guns him down on the church steps before taking over the town. However, a young boy named Johnny O'Hara sneaks off to contact John's brother Lewis, a professional gunfighter, to seek vengeance. Meanwhile, secrets brew about Johnny's prior connections to Clayton...

It has been distributed in the US by The Cannon Group, Warner Bros., MGM and Mill Creek Entertainment.